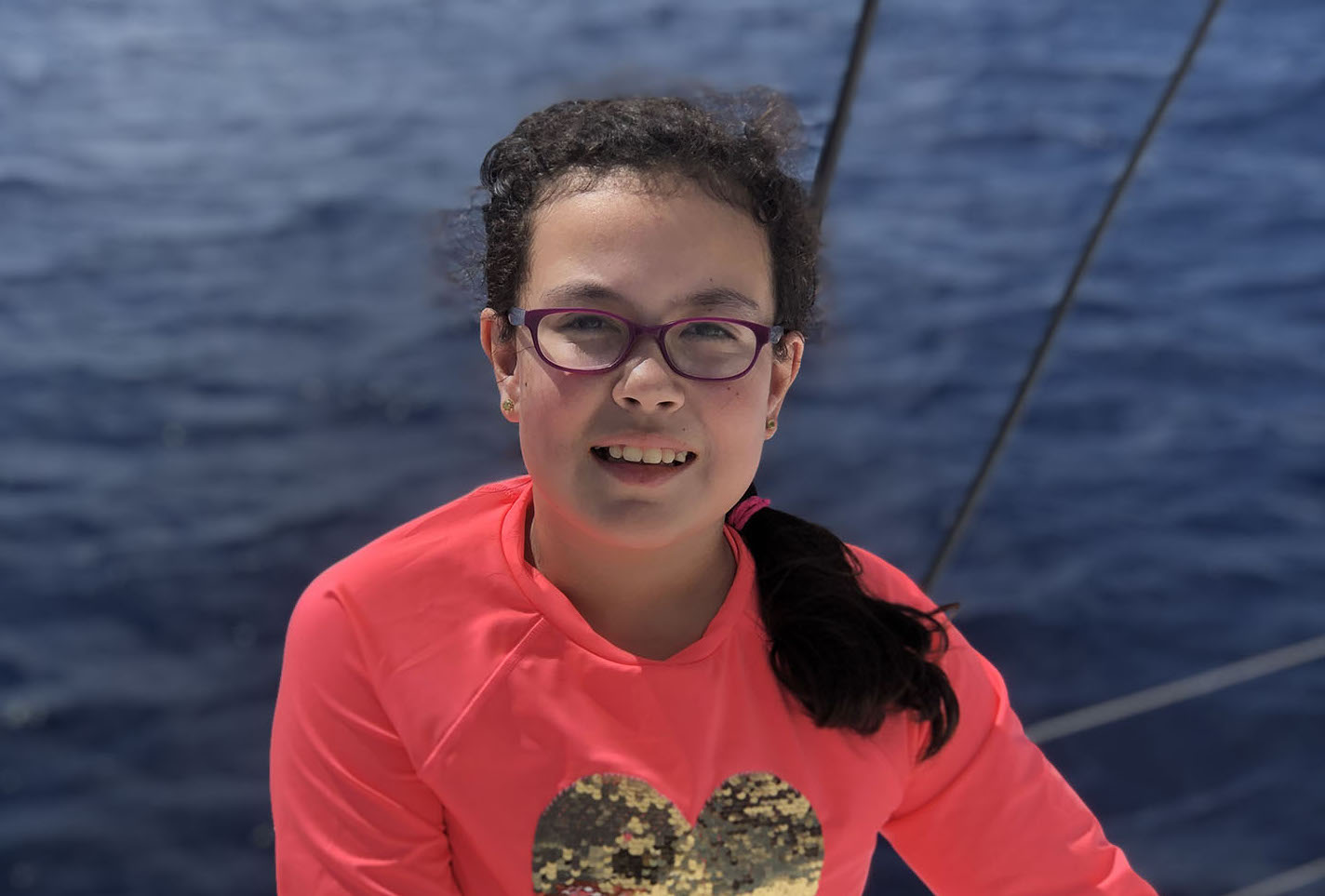 Isabella Fulton is a current Horizon Academy student. She was diagnosed with dyslexia in first grade. “We knew Isabella was having difficulties from a young age,” said parent Sonia Fulton. “She always had to work really hard. With after-school tutoring and homework at night, we were exhausted.”

Though her former school and teachers were supportive, something was still missing from her education. Sonia recalls Isabella telling her, “I feel like I don’t get the chance to learn something before they start moving on.” It was through Isabella’s self-advocacy and a recommendation from a friend that Sonia and her husband, Sean, decided to send their daughter to Horizon Academy.

Isabella quickly discovered that Horizon Academy students and teachers understood what she was going through. “I like that when I don’t understand something, they don’t just keep repeating the same thing. They find a way to communicate with me and teach me in a way I understand,” she said.

Isabella recently received Horizon Academy’s SOAR Award, an award given to students who exemplify the qualities of SOAR (Self-awareness, Optimism, Acceptance and Resilience.) The lower school teachers presented Isabella with this award for her “positive attitude whenever approaching a new task, kind interactions with others, and coming to class everyday excited to learn.”

In the past year, Sonia has noticed big improvements in their home life. “After a big snow, my husband said he wanted to take the kids sledding. My initial thought was ‘No, we have school work,’ but then I realized, ‘Yeah, we can do that now!’” The Fulton’s feel like they have the chance to be a normal family again. “It doesn’t always have to be about school work anymore.”

With her newfound success in school, Isabella has more time to participate in her hobbies and passions. Currently, Isabella is working towards her black belt in Taekwondo, volunteering at her church, horseback riding, singing and taking care of her pet hermit crabs.

“I’m glad to be at Horizon Academy. It is the right place for me.”